Board meeting voting protocol: what you need to know | Aprio
Login 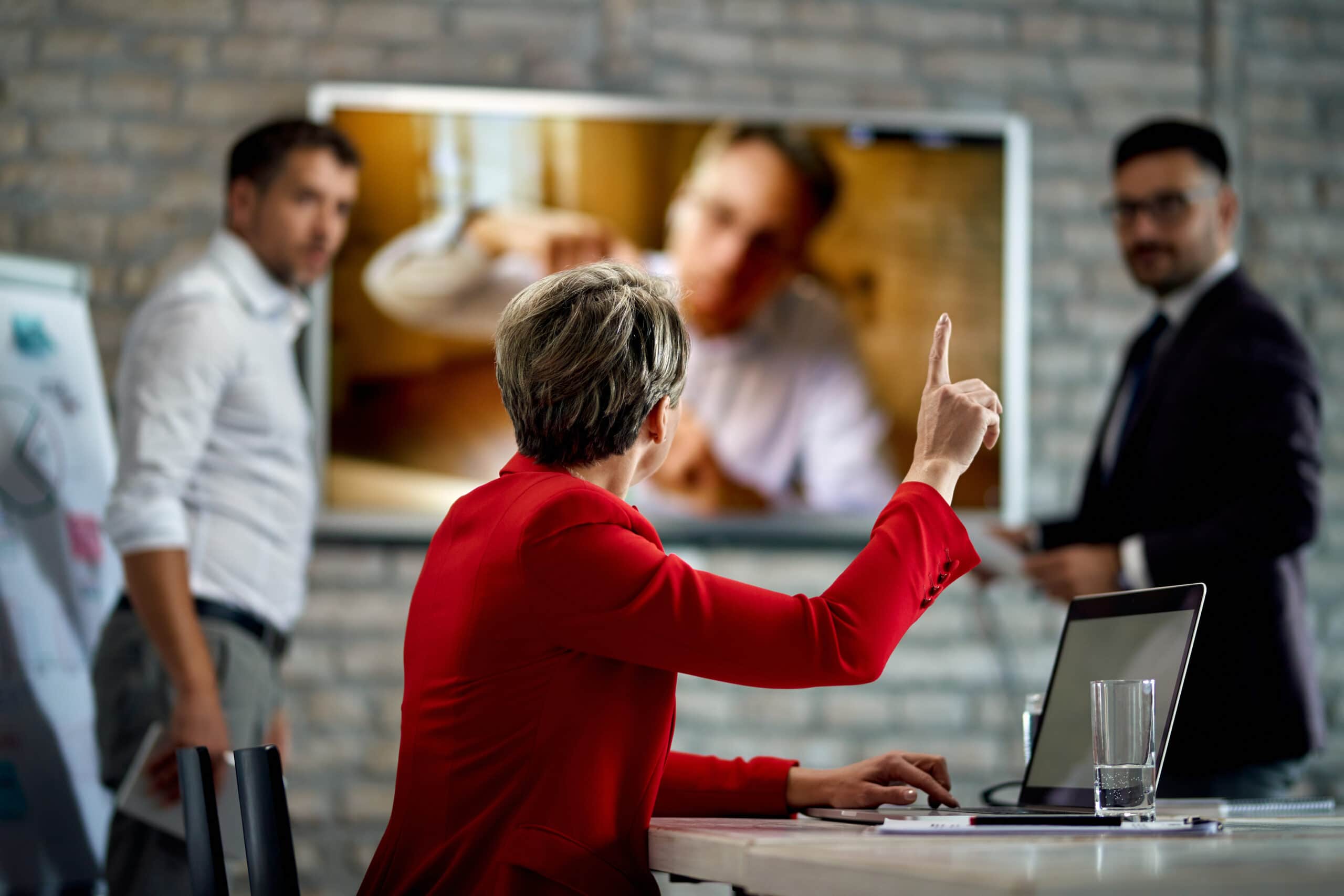 Board meeting voting protocol: everything directors need to know

The voting process for decisions begins when a board member makes a motion. A motion is simply a statement of a proposed action. Making and approving a motion involves various steps, and the board must act on a motion once a board director offers it.

Boards have used a variety of methods historically to count votes. Voting online is faster, cheaper, and more easily tracked than older, more traditional mail-in ballots or in-person ballots. This is why online voting has become the preferred voting method for boards.

What is the board meeting voting procedure?

Directors can submit motions to the board chair before a board meeting to include them on the agenda. But they may also be brought up “impromptu” during a board meeting.

The board chair must handle all motions. A motion or amendment can be seconded and voted on by the board, or the motion maker can withdraw it. If a motion is not supported, it will not be discussed.

If an organization’s governance rules and bylaws allow members to vote remotely, ensure that a quorum of the board is present. Make sure the board management software you use allows remote voting.

Making motions involves four steps. First, the motion must be made, and then it must be seconded. The board will discuss the motion before voting. An official motion is intended to allow the board to decide whether it is worth devoting their time discussing and voting on the issue.

Whenever a board director wants to make a motion, they say, “I move…” and state their motion. Specify, clarify, and concisely word motions, so there is no doubt about what they mean. The board chair may ask board directors to take a brief break if their motions are complex, so they have time to make sure their language is clear. Discussion of the motion is not allowed at this time.

A second is required from another board director. Seconders do not have to endorse the motion. They only need to agree that it should be considered. If someone is seconding a motion, they say, “I second it.” In rare situations, board members may believe that the motion isn’t worth discussing. The board chair states, “The motion dies for lack of a second” when a motion does not receive a second.

The board chair opens the meeting to discuss a motion once it has been made and seconded. The board chair is responsible for granting members the right to speak, move motions, express a position, and then invites a vote. The board chair might set up a secret ballot in rare cases involving confidential or sensitive matters.

The chair, generally, cannot vote themselves but ensures fairness, balance, and order during board meetings. If the chair determines that all members have been given an equal chance to speak, he ends the discussion and requests a vote. At the end of the voting process, the board chair announces the results.

Traditional board voting procedures involve showing hands, or verbally and saying ‘yes’ or ‘no’ in a vote face-to-face, via videoconference, over the telephone, or by unanimous written consent. Boards can now also vote online using board portal software which has been adopted by many corporate and nonprofit boards due to voting ease, strong security, and enabling remote voting for board members on mobile devices. 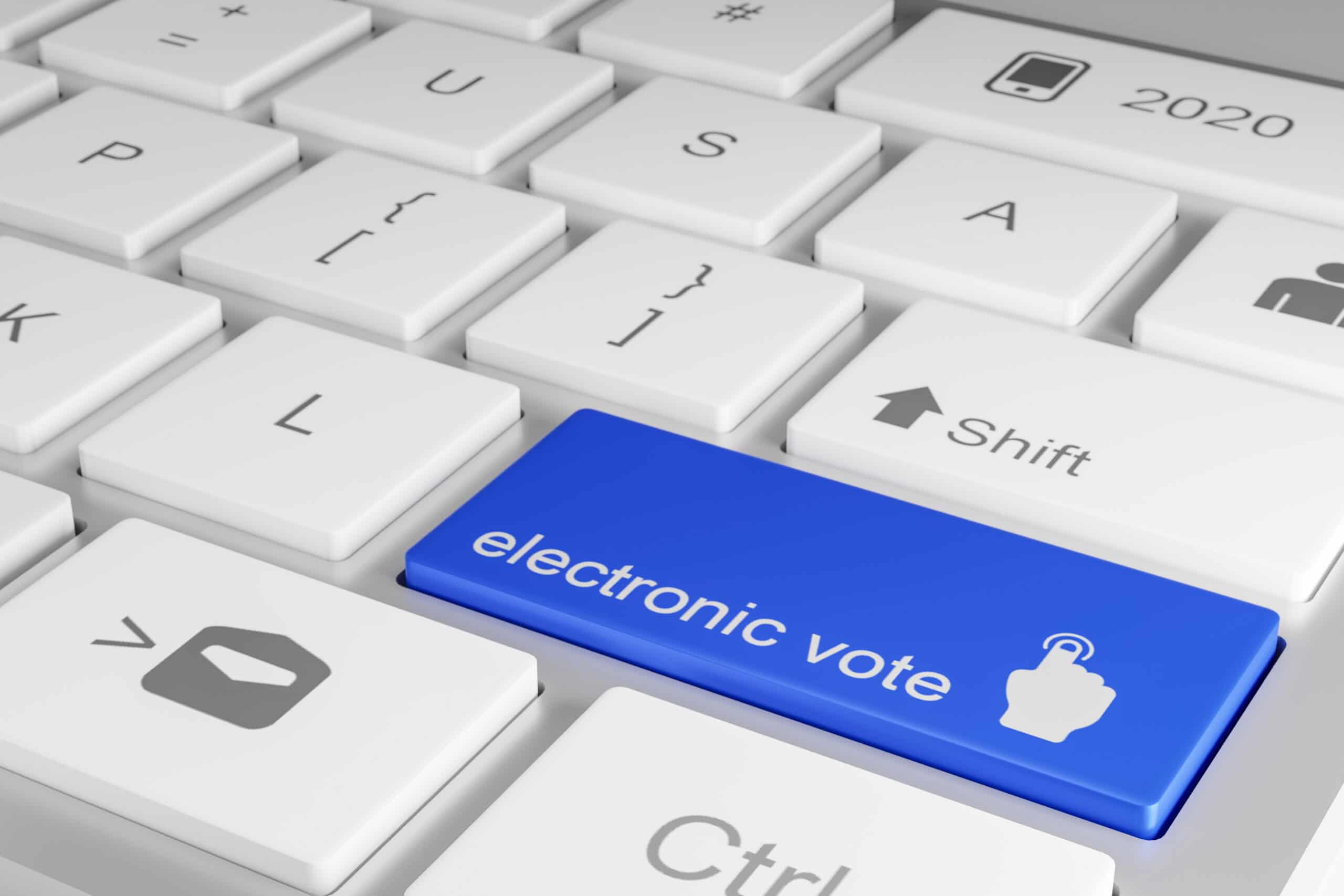 Generally, board votes require each board member to participate by phone, mail or other electronic means – all mimicking as though they were present in person. Email voting may also be permitted in some organizations though it has more risk in terms of missed submissions and security than electronic voting.

While members may vote through email in some nonprofits, an email vote is an electronic proxy vote, which many states prohibit. When voting results aren’t unanimous, email votes can become problematic. Objections can cause results to be contested, requiring another vote. In the nonprofit voting process, parliamentary procedures ensure legality and validity.

Voting. When a question is not subject to debate, or the assembly has closed discussion, the chair puts it to the vote immediately after stating the question, allowing members to rise if they wish to make a motion of higher priority.

Voting is usually done viva voce (by voice). This is the method that Congress uses. A show of hands is often used in small assemblies or “raise the right hand,” as it is also called. Besides rising, by ballot; by voice roll call, or “yeas and nays,” general consent; and by mail, there are other ways to cast your vote.

Members have the right to demand a division of the assembly if the vote is taken by voice or by show of hands so that everyone can see how members voted. A member may demand a count before or after a decision occurs, and the chair must ask for a count if it is seconded.

Announcing the vote. After the vote has been taken and the results are not contested, the chair must announce or declare the vote’s results.

A majority vote is sufficient for adopting any in-order motion whenever a quorum is present, excluding blank ballots. Otherwise, two-thirds of the votes must be cast. A plurality will adopt no motion, nor will anyone be elected to office unless a special rule has been adopted.

How does a board of directors make decisions, and who has voting rights in a company?

Each board member generally has one vote on any issue brought forward to the board for decision. Presiding officers also have one vote on any topic. Some boards require the chair to abstain from voting or vote last to avoid undue influence.

Some nonprofits have honorary members who are not considered board members and are not voting members.

Most organizations do not allow staff members to vote. Because boards often vote on staff reductions and performance evaluations, voting by your employees is considered a conflict of interest.

How do directors vote at board meetings, and what are their voting rights?

At board meetings, directors have voting rights unless they have a vested interest in the solution, in which case they cannot vote on it. For the most part, board members have the option of voting whether to support or oppose any resolution at the board meeting. 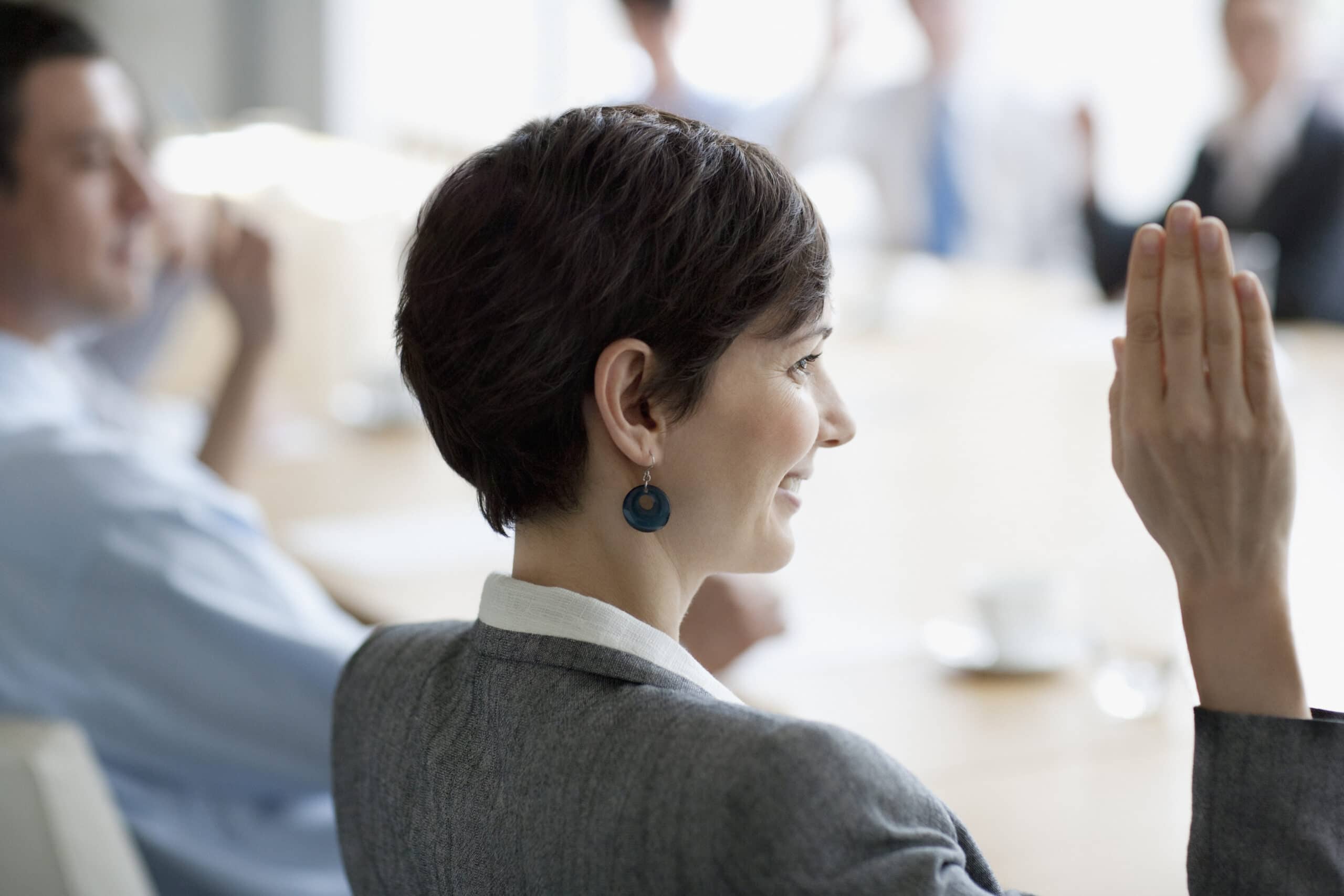 How to call for a vote in a board meeting?

A director must make a statement proposing action to put a motion on the floor. The board must move forward once a motion has been completed and seconded. A board director who seconds a motion doesn’t necessarily mean they endorse it; they state that the topic is worth discussing. The motion does not succeed if it is not seconded.

How to vote in a new board member

Board elections are a continuous and ongoing process that peaks at elections. They are an essential aspect of boards’ duties. By including directors with high qualifications on a board, a cohesive environment is created in the boardroom that is most likely to result in innovative, creative, and progressive solutions.

There should be a timeline outlined in the bylaws for the annual election of board directors. This usually happens at the same time every year. Elections are typically held at the yearly meeting as stated in the bylaws. So that the board is rounded out with the best possible candidates, board recruitment should be a continuous process.

Do board members have equal voting power?

One vote per director is the case in most organizations. The articles of incorporation or other formal documents of a closed corporation or limited liability company may specify how voting power on the board will mirror shareholdings or follow other formats.

The election of board members in nonprofit and nonprofit voting procedures

Organizations usually have nominating or governance committees that recommend new members for their boards. Nominations for additional board members can be made in advance or at the end of the election. Some nonprofit boards are appointed by third parties, while others serve as ex-officio members as a part of an office or role they hold. Ex-officio members are typically non-voting members, as stated in most nonprofit bylaws.

Two critical rule sets must be considered by nonprofit board members when voting. Bylaws and relevant legislation. In most nonprofit organizations, the voting rules are similar if not identical to their for-profit counterparts. For example, an executive director may serve on the board of directors, but they may not vote as they are considered staff.

Improve the voting experience for any board

For many boards, making voting convenient, with guaranteed fairness and security, plays a significant role in operating a transparent and engaging board. Many of your board’s daily tasks can be streamlined with board management software, including voting.

Apio can help develop active and contributing board members with virtual voting tools. Board portal software will give you access to helpful features such as creating polls in advance or responding to motions during meetings. Those who wish to express their honest opinions can even anonymously vote on sensitive issues.

Discover how easy online voting can be with a tour of Aprio.

Keep your board meetings running smoothly and securely with the latest news from Aprio.